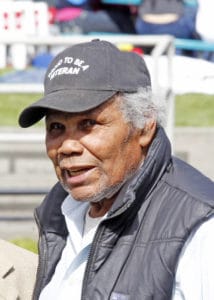 ARTURO ARBOLEDA PASSES AWAY IN FLORIDA

Longtime Emerald Downs trainer Arturo Arboleda died Sunday morning of natural causes in his sleep, according to his niece.

Arboleda, who retired following the 2019 season and relocated to Dania, Fla., was 96 years old.

A popular figure at Emerald Downs since the track opened in 1996, Arboleda enjoyed his finest seasons after the age of 90, including winning a career-high 12 wins in 2017. In 2018, Arboleda’s Regazze Cat captured the Not in any Rocking Chair Starter Allowance in which the horses were all conditioned by trainers 90 years old and up.

“Arturo was very special to us at the track,” said Emerald Downs President Phil Ziegler. “He spent most race days in our office waiting for his horses to run. He had his best season at the age of 93! He will be missed.”

Arboleda rode and took care of horses while growing up in Panama, where he also was an accomplished welterweight boxer, competing in the Central America and Caribbean Games in 1946. Arboleda served in the Army and worked as a longshoreman after moving to the United States. He said his love for horses led him to begin assisting trainers at Longacres in Renton, beginning in the 1950s. He began training on his own in 1991, also owning most of the horses in his stable.

“The horses keep me young, man,” Arboleda said in a recent Seattle Times profile. “I love the horses. I do it the best I can.”