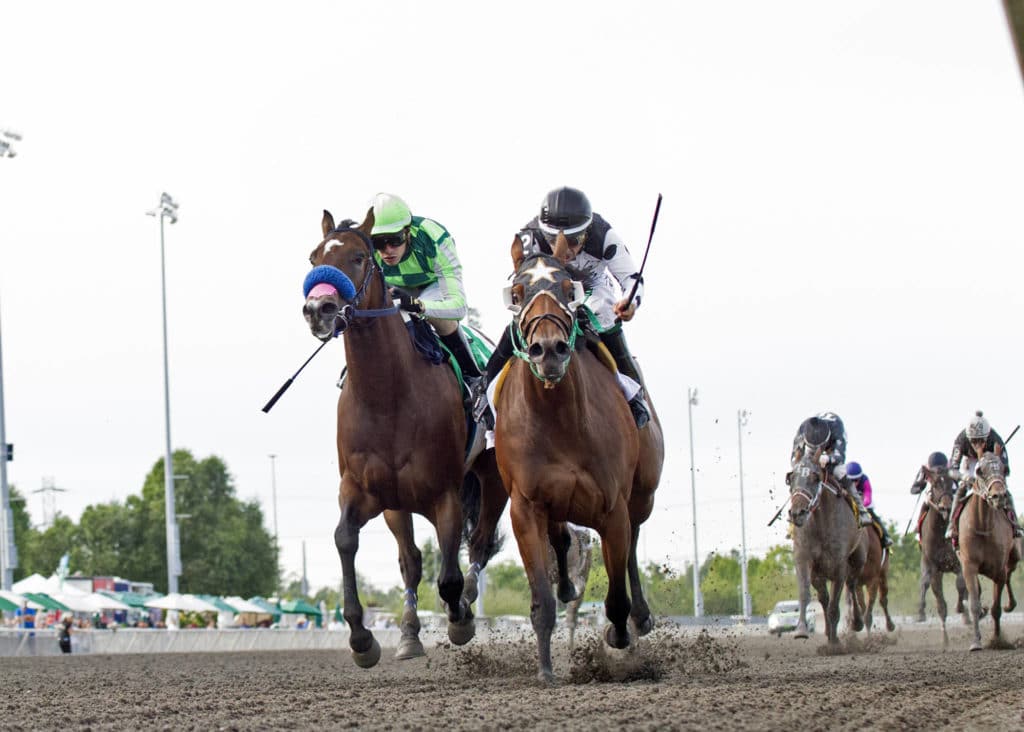 Alittlelesstalk (right) holds off Mucho Amor in the Kent Stakes

In one of the season’s most exciting races, Alittlelesstalk wrestled command from Forty Six Carats into the stretch and held off 1 to 5 favorite Mucho Amor for a neck victory in the $50,000 Kent Stakes for 3-year-old fillies.

Ridden by Lorenzo Lopez at 119 lbs, Alittlelesstalk covered 6 ½ furlongs in a stakes record 1:15.33, and paid $24.80, $5.20 and $3.80. Roddina Barrett is the trainer for owners Tim Floyd of Spokane, Kelly Dougan of Mountlake Terrace, and Stephanie Loffredo of Las Vegas.

Mucho Amor, ridden by Juan Hernandez at 122 lbs, loomed boldly into the stretch to engage Alittlelesstalk in a virtual match race to the wire.

“I had a lot of horse at the three-eighths pole, but I knew Mucho Amor was coming,” Lopez said. “(Alittlelesstalk) really had some fight in her today. She ran an amazing race.”

For Lopez, 49, it was his first stakes victory at Emerald Downs.

Mucho Amor, six-length winner over Alittlelesstalk in the Seattle Stakes last month, returned $2.20 and $2.10. It was 6 ¾ lengths back to third place finisher Senoradiablo and a $5.60 show payoff.

For Alittlelesstalk, the victory capped a productive seven weeks for the sophomore filly, during which she compiled a 2-2-0 mark in four starts with earnings of $47,975.

A Washington-bred by Demon Warlock-Trainingat the Bar, Alittlelesstalk is 3-2-0 in seven starts lifetime with earnings of $55,225, including $26,400 for Sunday’s win. 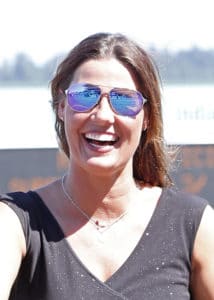 For Barrett, the Kent was her first Thoroughbred stakes victory at Emerald Downs, although she previously won the 2016 Bank of America Quarter Horse Challenge with Sorelli, also owned by Floyd and Dougan.

“I don’t even know that to say right now,” Barrett said in a jubilant winner’s circle. “This is awesome.”

Floyd, who stands Demon Warlock in Yakima, said perhaps the victory would open some eyes.

“It’s nice to see Roddina compete with the big boys,” he said. “This is an awesome training job by her.”