AUBURN, Wash. – She just doesn’t give an inch. Period.

The ultra-game Alittlelesstalk took down the $40,000 Washington Cup Filly and Mare Stakes Thursday night with a determined finish defeating the hard charging Fortune’s Freude by a head. 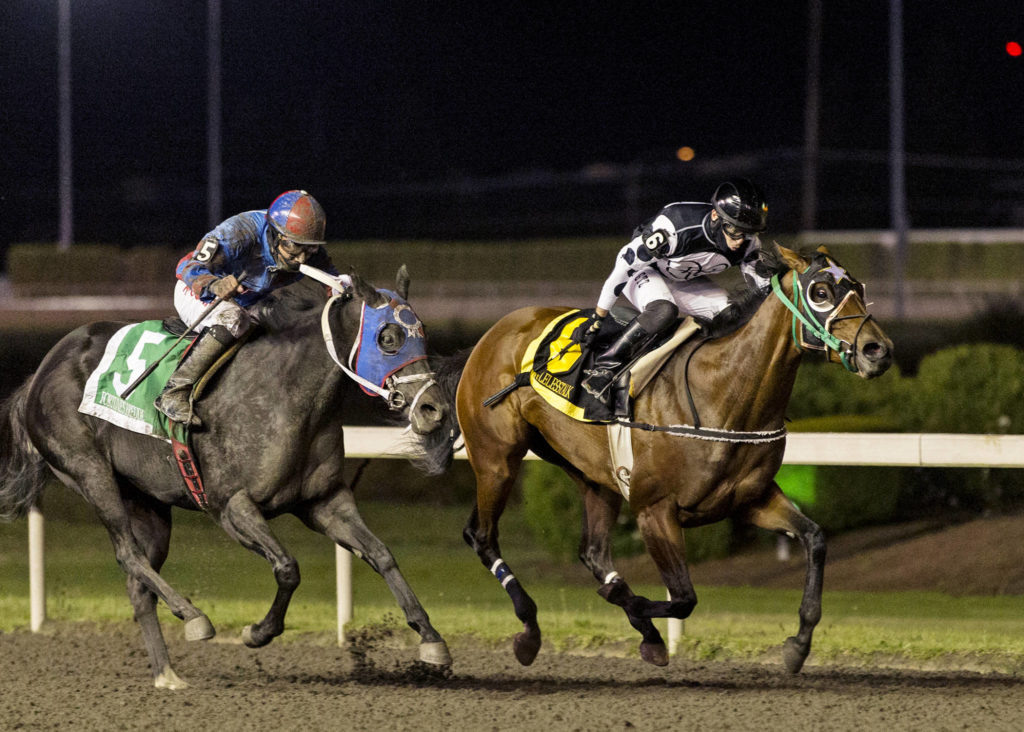 Alittlelesstalk, who is by Demon Warlock and out of Trainingat the Bar, paid $2.80 to as the heavily-backed winner in the field of seven.

One of the owners Tim Floyd said she reminds him of her sire Demon Warlock.

Demon Warlock (WA), who raced between 2002-2006 was undefeated in photo finishes winning all four including three by a nose. He bested Poker Brad by a head in the 2004 $75,000 Bud-Emerald Handicap.

Blue Ribbon Racing’s Fortune Freude (6/1), who is trained by Kay Cooper, made a nice sustaining move to get into contention late. Jockey Javier Matias offered a serious bid in the final 50 yards but just couldn’t get past the game Alittlelesstalk.

Alittlelesstalk, who is now 7 for 14 at the local oval with four seconds, increased her lifetime earnings to $156,776.

Alittlelesstalk and Barrett have teamed up to win four stakes since last season when she was honored as the Top 3-year-old filly in 2019.

Alittlelesstalk sat a few lengths off the pace and moved up taking command nearing the quarter pole and opened up a length and a half lead with eighth of a mile to run. From there she responded and dug in to beat Fortune’s Freude in the 1 1/16 mile race. The time of the race was 1:42.43.