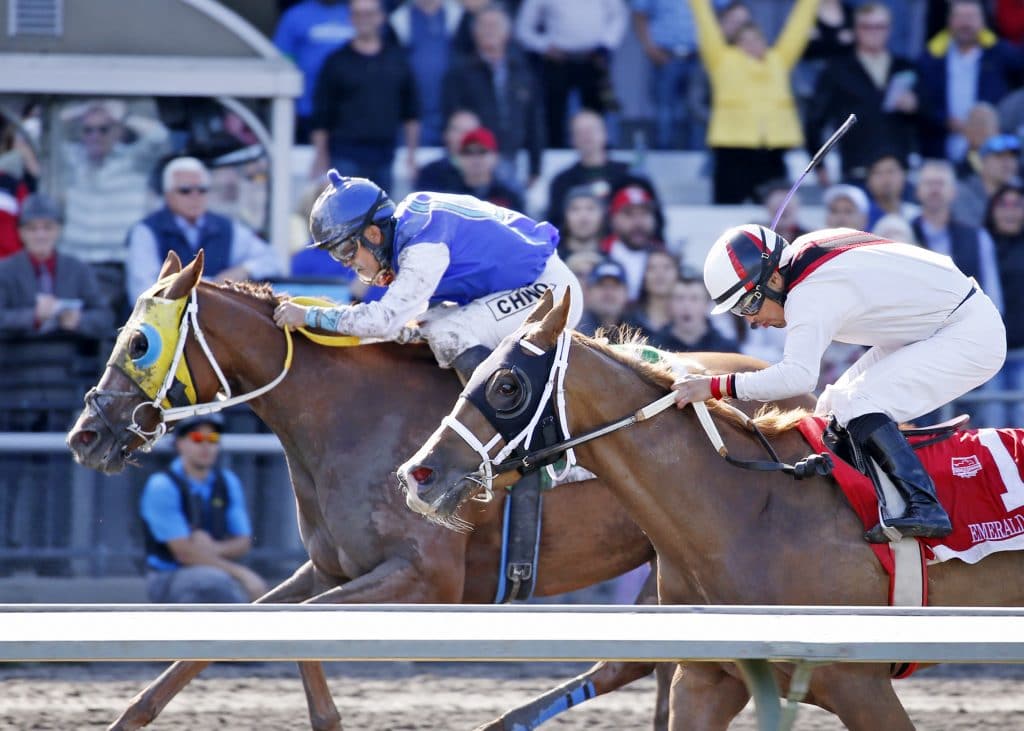 The $75,000 Washington Oaks for 3-year-old fillies at 1 1/8 miles, to be run Sunday, July 24, is the first of several championship events to be run here the next several weeks.

The 3-year-old filly division has been topsy-turvy this season with three different winners in as many races, and Either Princess Katie or Find Joy would likely clinch a division title with a victory in the Oaks.

Shipping in from Vancouver, Princess Katie (pictured with blue silks) rallied from 14 lengths back to edge My Heart Goes On in the one-mile Irish Day Stakes on May 29. Find Joy regrouped from a sixth-place finish in the Irish Day to register a $31.40 in the 1 1/16-mile Kent Stakes on June 26.