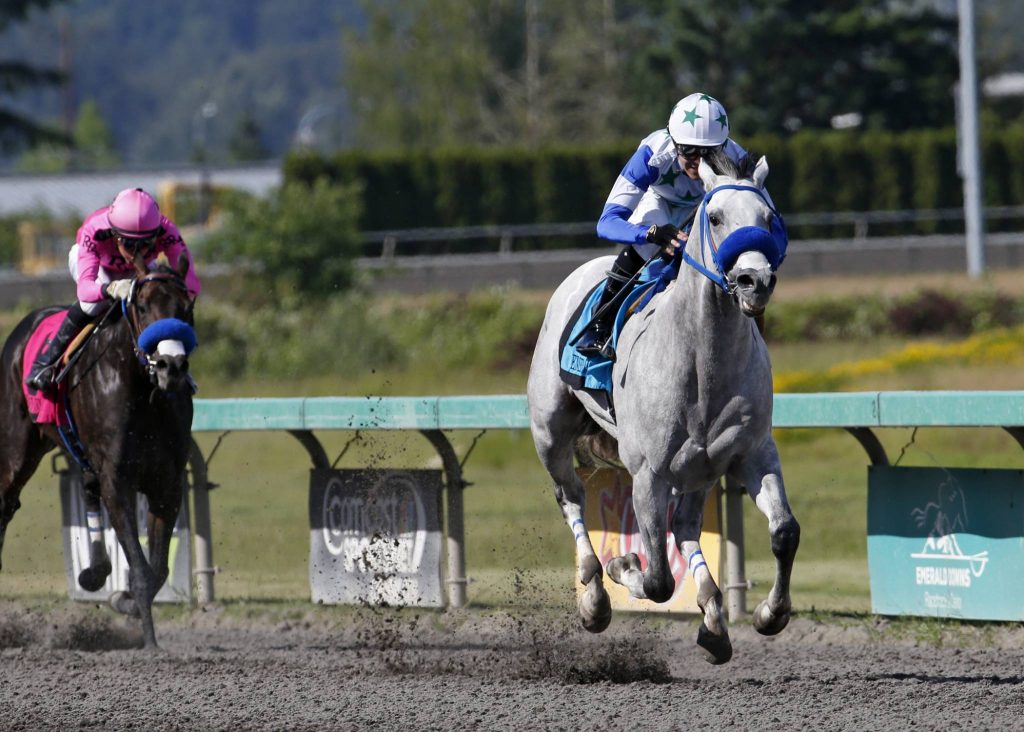 Riser & Aqua Frio in the Coca-Cola

The 80th renewal of the Emerald Downs Derby is the championship event for 3-year-old colts and geldings, and at 1 1/8 miles a test of talent and stamina.

Aqua Frio, owned by Peter Redekop, and Riser, owned by Chappell Alpine Farms, have dominated the series to date. The speedy Riser scored a 5 ¼-length blowout in the 6 ½-furlong Coca-Cola Stakes, with Aqua Frio rallying to finish a clear second.

Four weeks later it was Aqua Frio reeling in a loose on the lead Riser for a head victory in the one-mile Seattle Slew Stakes. The Wright pair dominated the 10-horse field, with California shippers More Power to Him and Perfect Come Back finishing a distant third and fourth.

It’s worth noting that favorites have struggled mightily in the Derby, winning just 3-of-21 runnings at Emerald Downs, including eight of the last nine. Canadian shipper Opportunistic collared 9-to-10 favorite Barkley in the final stride for a stunning head victory in last year’s race.

The aforementioned More Power to Him and Perfect Comeback could improve with an additional furlong of real estate. The former is stakes-placed five times and did run on for third in his local debut, while the latter is a two-time route winner and also ran fairly well in his first Emerald Downs start.

Monydontspenitself put it all together while drilling allowance foes at six furlongs two weeks ago, and is from a barn that excels with horses stretching out. Sharkzilla, winner of the six-furlong Auburn Stakes and third in the Coca-Cola, looks to rebound after misfiring in the Seattle Slew.

A $25,000 bonus (US) is offered to any horse that sweeps the Emerald Downs Derby and the British Columbia Derby on Sept. 9 in Vancouver .