AUBURN, WA (Sept. 12, 2021) – The fifth Muckleshoot Gold Cup Championship came down to the final 50 yards as three Indian Relay teams were battling it out for the $10,000 first-place check.

Rider Chris Carlson (Amskapi Pikunii) made a dramatic move to switch to the outside of S/M Express and rider Desmond Archilita in the closing yards to cross the finish line first and win the Muckleshoot Gold Cup Sunday afternoon in front a good turn out at Emerald Downs. 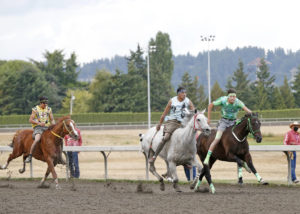 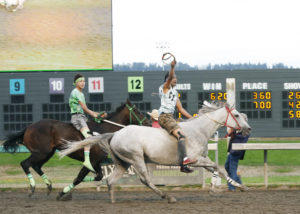 Amskapi Pikunii had a terrific weekend winning Heat One Saturday night and gained a second in Friday’s Heat Three. The team from Browning, MT (Blackfeet Nation) pocketed $12,400 for the weekend.

Chazz Racine and Carlson out of Browning, MT (Blackfeet) ended up second in the $24,200 Muckleshoot Gold Cup raced at the 2-mile distance. They also had a second and a third to end the week with $7,000 in prize earnings.

The S/M Express team was later disqualified from second for a lost horse on the final exchange.

Rounding out the top three was Two Medicine with rider Cody Carlson also of the Blackfeet Nation. They also had an outstanding weekend with a win Friday night and a second on Saturday to total $6,000 in money.

A total of $65,000 in prize money was given out at the event that had 18 teams from five states compete in the three-day event. Each team uses four horses in a relay race with each running a half mile after an exchange of horses where the rider must jump off one horse and get aboard the next horse. 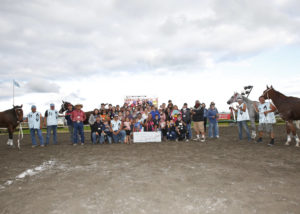 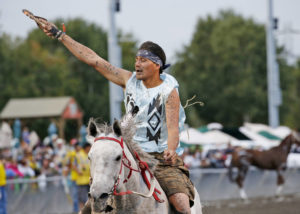 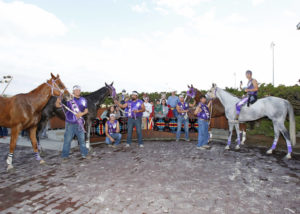 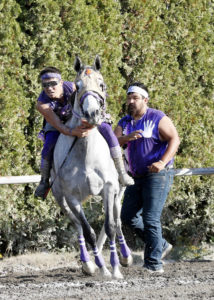 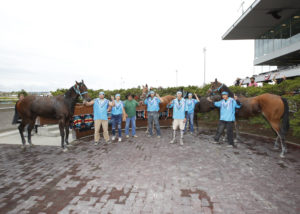 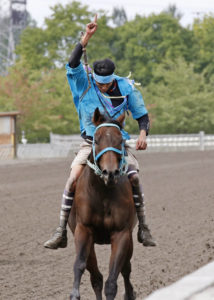 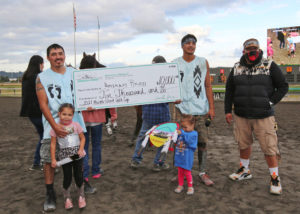 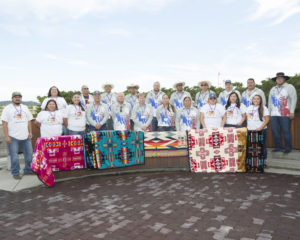 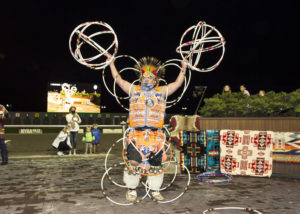 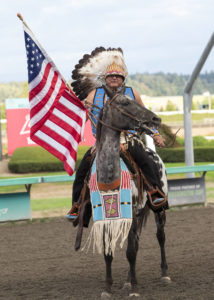