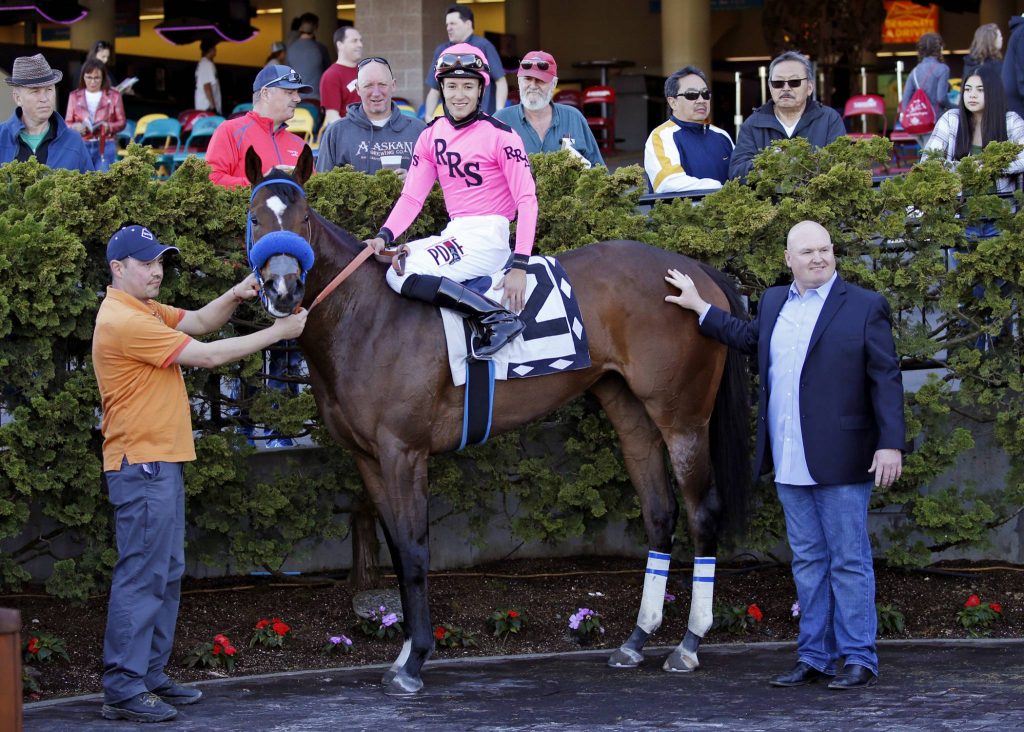 At 6 ½ furlongs, the Kent is the second of four open stakes for sophomore fillies and the last sprint of a series that culminates July 23 with the $75,000 Washington Oaks at 1 1/8 miles.

A Kentucky-bred by City Zip, Alliford Bay delivered one of the season’s sharpest efforts to date, rolling to a 3 ¼-length victory over Risque’s Legacy in the May 7 Seattle Stakes. Her winning time of 1:08.92 translated to a 90 Beyer, which is a rare achievement for a 3-year-old filly in these parts.

Unbeaten in two starts with earnings of $43,100, Alliford Bay breezed a half-mile in :49 1/5 Sunday and will be a short price if she runs Sunday.

Although she was knocked from the unbeaten ranks, Karl Krieg’s Risque’s Legacy turned in a sharp effort while finishing runner-up in the Seattle. Washington’s champion 2-year-old filly of 2016, Risque’s Legacy set fractions of :21.85 and :44.46 before yielding to Alliford Bay, and was 5 ¾ lengths clear of third-place finisher Blazinbeauty.

Darrin Paul’s Blazinbeauty also ran well in her 2017 season debut while rallying for third, and she figures to improve with more distance. A Kentucky-bred by Tale of Ekati, Blazinbeauty was a stakes winner short and long last year and tops the nominees in earnings with $89,075.

Where We At’s Daddyalwayssays comes off a promising career debut on May 13, rallying for a three-quarter-lengths victory vs. straight maidens at 5 ½ furlongs.