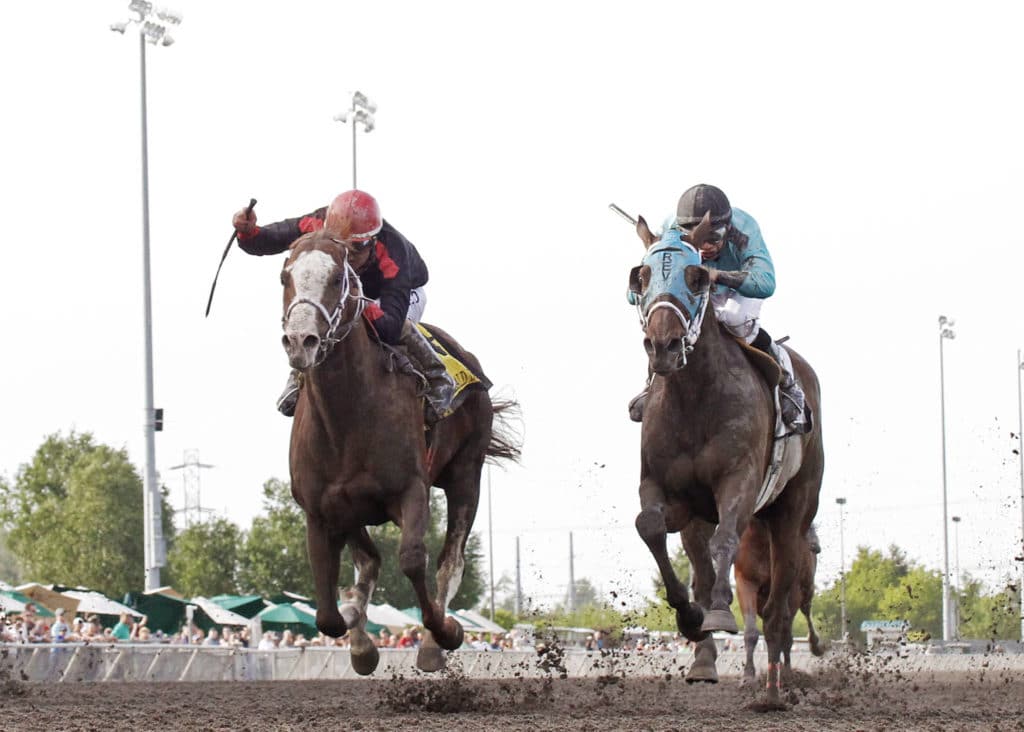 AUBURN, Wash. (May 28, 2018) – One of the greatest rivalries in track history continues Sunday when 5-year-olds Barkley and Mach One Rules meet in the $50,000 Governor’s Stakes for 3-year-olds and up.

Although he dropped a tough decision to Barkley in last year’s Governor’s, Mach One Rules emerged from that defeat to score victories in the Budweiser Stakes, Mt. Rainier Stakes and Muckleshoot Tribal Classic. Runner-up to Gold Rush Dancer in the 2017 Longacres Mile, Mach One Rules was voted Horse of the Meeting and Washington Horse of the Year.

Dedicated to You finished 2017 in sharp form, running third at 82-1 in the Longacres Mile and second to Mach One Rules in the Muckleshoot Tribal Classic.