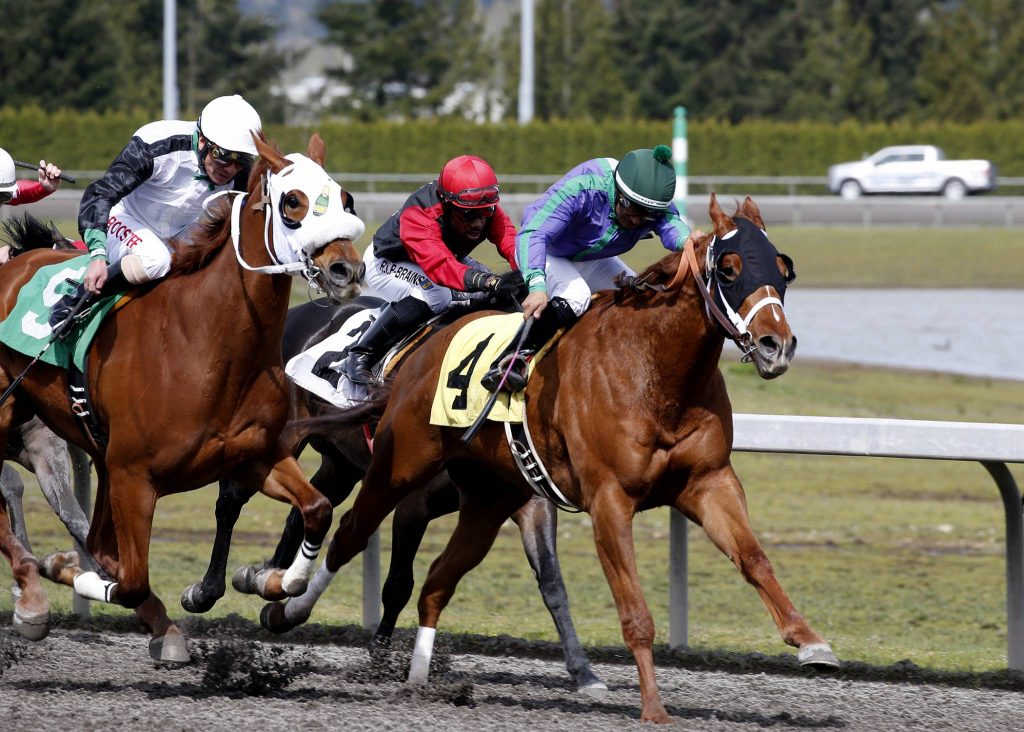 The Auburn drew 13 nominations, led by Emerald Downs and Washington champion 2-year-old So Lucky, out to make amends after a third to Keller’s Gold and Monydontspenitself in a 5 ½-furlong allowance race last month. Gifted with enormous speed, the son of Coast Guard racked up three front running stakes scores last year and has yet to be outrun for the lead in six career starts.

Kentucky-breds Aqua Frio and A.P. Zona, both trained by Blaine Wright, would be making their local debuts if they start. Aqua Frio was among the top 2-year-olds in Northern California last year, finishing second in the Gold Rush and Oak Tree Juvenile and third in the Golden Nugget. A.P. Zona won twice this winter at Santa Anita and was claimed for $40,000 by owner Peter Redekop.

Keller’s Gold has a knack for winning, amassing a 5-3-0 record in nine starts including an 18-1 upset over so Lucky in the April 16 allowance race.

Monydontspenitself and Shot Gun Gary appear to have bright futures, the former winning his only start as a 2-year-old and just missing against Keller’s Gold last month, and the latter leading gate-to-wire in his career debut vs. maiden special weights last month.