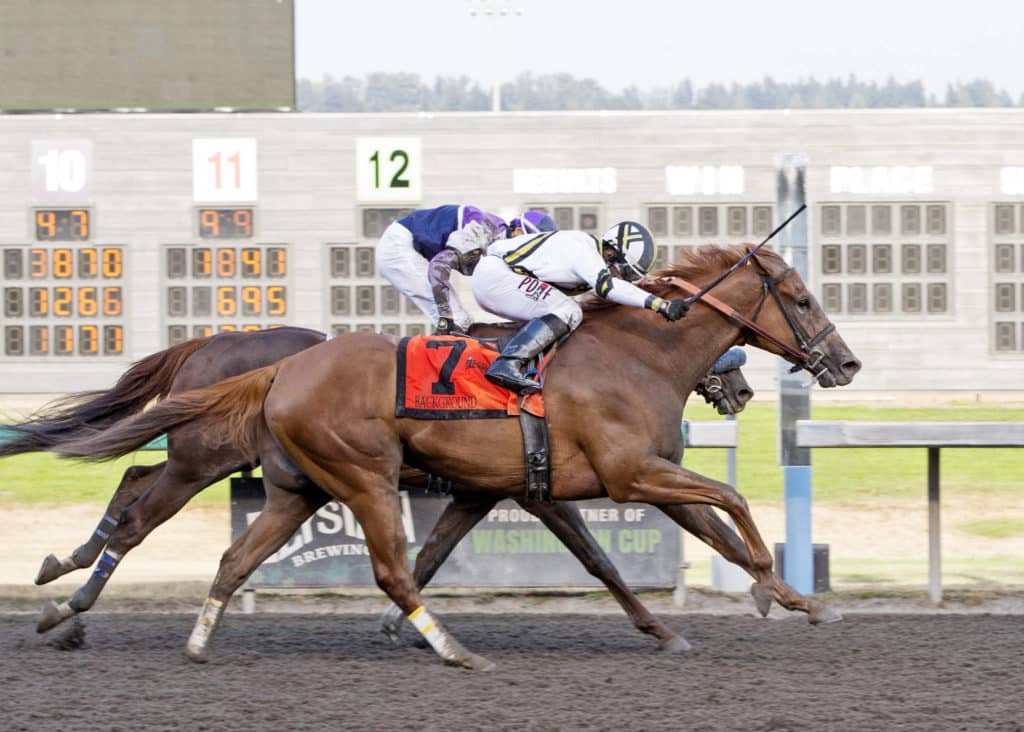 The 87th renewal of the region’s most famous race headlines a Championship Sunday program co-featuring the $75,000 Emerald Distaff for older fillies and mares, $75,000 Muckleshoot Derby for 3-year-olds, and $75,000 Washington Oaks for 3-year-old fillies.

Owned by Bob and Molly Rondeau, trained by Mike Puhich, and ridden by Rocco Bowen, Background attempts to join Amble In, Simply Majestic, Trooper Seven, and Stryker Phd as two-time winner of the Longacres Mile. Since prevailing by a head in the 2021 Mile, the 5-year-old Florida-bred has won $100,000 allowance races in Arkansas and Kentucky and has a sparking 4-1-1 record in six career starts at one mile.

Owned by Ken Alhadeff and conditioned by Washington Hall of Fame trainer Doris Harwood, Five Star General could complete a Longacres Mile trifecta. The 6-year-old son of Distorted Humor finished runner-up to Anothertwistafate in 2020 and third to Background in 2021. Winless in three starts this season, Five Star General ran well to finish third to Papa’s Golden Boy in the Budweiser Stakes and fourth to Slew’s Tiz Whiz in the Governor’s Stakes and boasts a 2-1-1 record from five starts in the Mile.

Papa’s Golden Boy and Slew’s Tiz Whiz have starred locally this season, the former using his blazing speed to dominate the Budweiser Stakes in a meet-best 1:07.76, and the latter collaring Papa’s Golden Boy for a $20.40 upset in the Governor’s Stakes in 1:14.73. Papa’s Golden Boy has a 3-1-0 mark in Emerald Downs sprint stakes the last two years for Lusk Racing and Vince Gibson and ran a solid fourth in the 2021 Mile.

Six Washington-breds are nominated including stakes winners Papa’s Golden Boy, Slew’s Tiz Whiz and Unmachable. Each bids to become the first WA-bred since Stryker Phd in 2015 to win the Mile.

Trainer Blaine Wright has been a central figure in recent Miles, compiling a win and three seconds in the last four years. Wright, currently the meet’s leading stakes trainer, nominated Top Executive, Huge Bigly, and Torpedo Away to this year’s Mile.

Owned by John and Janene Maryanski and Riverbend Stable, Top Executive was Emerald Downs Horse of the Meeting as a 3-year-old in 2021 and is 1-1-0 in two starts this season, including a second to Papa’s Golden Boy in the Budweiser Stakes. Unraced since February, Todd and Shawn Hansen’s 5-year-old Huge Bigly amassed $140,396 in earnings last year topped by a $134,000 allowance score at 1 3/16 miles at Churchill Downs. Torpedo Away, owned by Wright, Seamist Racing, and Dallas Becker, ran the meet’s fastest 6 ½, 1:14.26, while defeating a razor-sharp Nine One One in a $40,000 optional claimer two weeks ago.

Majestic Eagle is a wild card in the 2022 Mile. From the barn of Hall of Fame trainer Neil Drysdale and owned by Seattleites John Lindley and Ray Morton, the son of Medaglia d’Oro is unproven on dirt but a graded winner on turf and has kept company with the finest grass horses on the West Coast. The 7-year-old gelding ships north following two straight bullet works on dirt at Del Mar.

Trainer Candi Cryderman and owner John Parker nominated four horses to the Mile including Spittin Image, a 5-year-old Harbor the Gold gelding coming off a third in the Governor’s Stakes. Parker is far and away the meet’s leading owner meet with 16 wins.

Princess of Cairo is nominated to both the Longacres Mile and Emerald Distaff. A 5-year-old daughter of Cairo Prince, she is unbeaten at Emerald Downs with runaway victories in the 2020 Washington Oaks and 2021 Emerald Distaff.

Entries for the Longacres Mile, Emerald Distaff, Muckleshoot Derby, and Washington Oaks will be drawn Wednesday morning. A special $0.50 Championship Sunday Pick Four will be offered on the four stakes races. 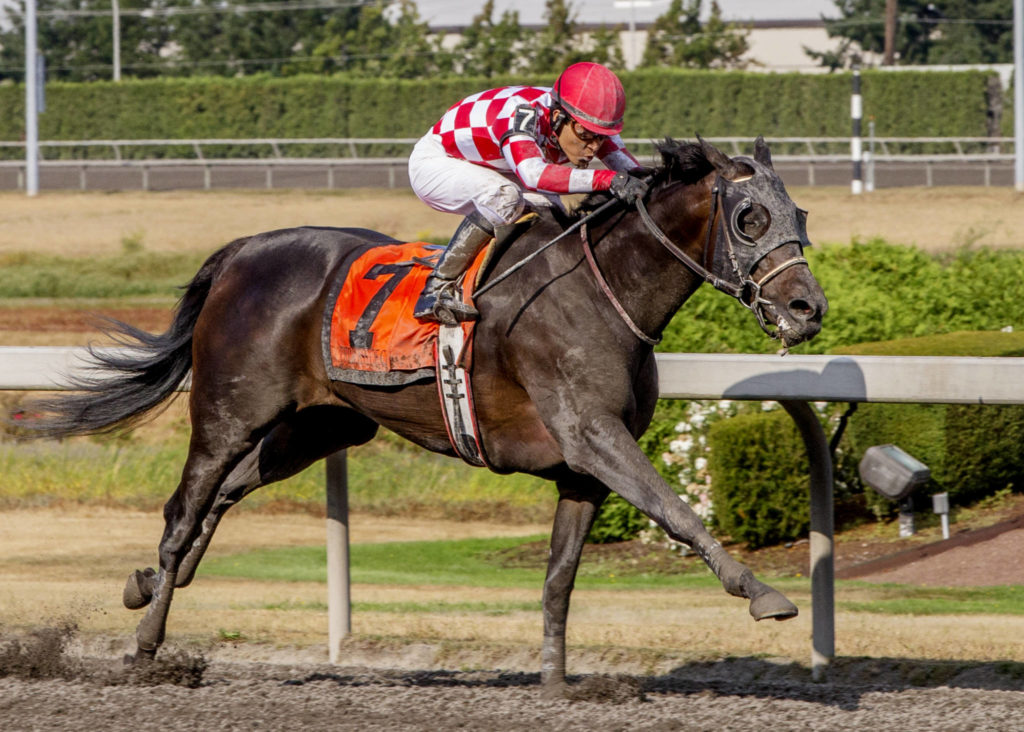 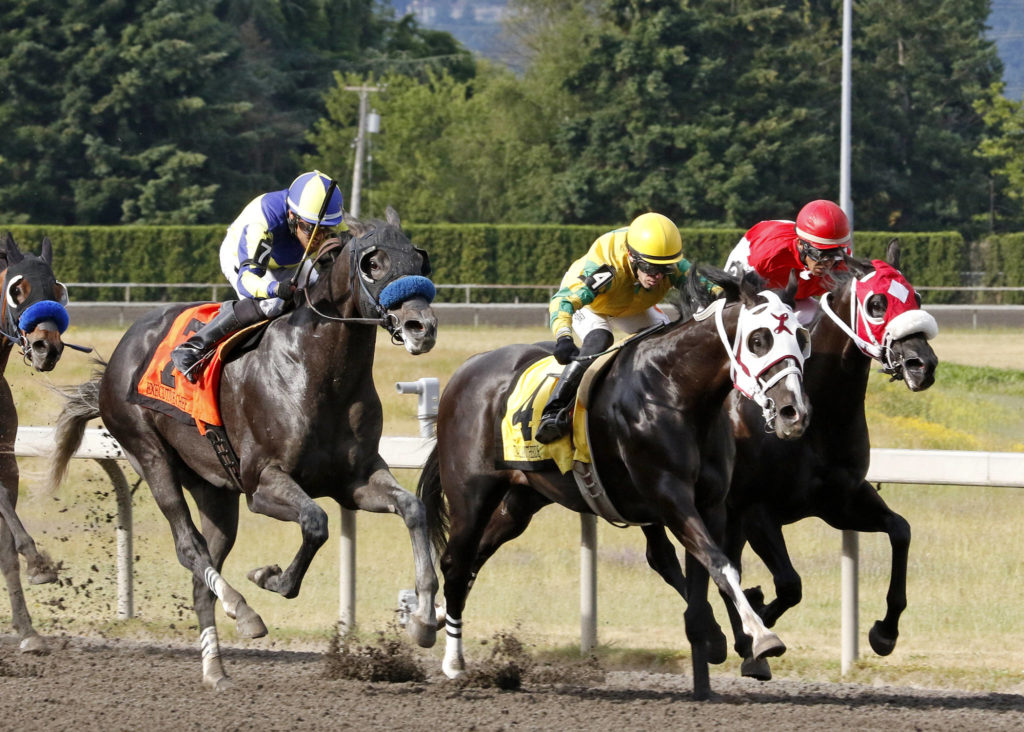 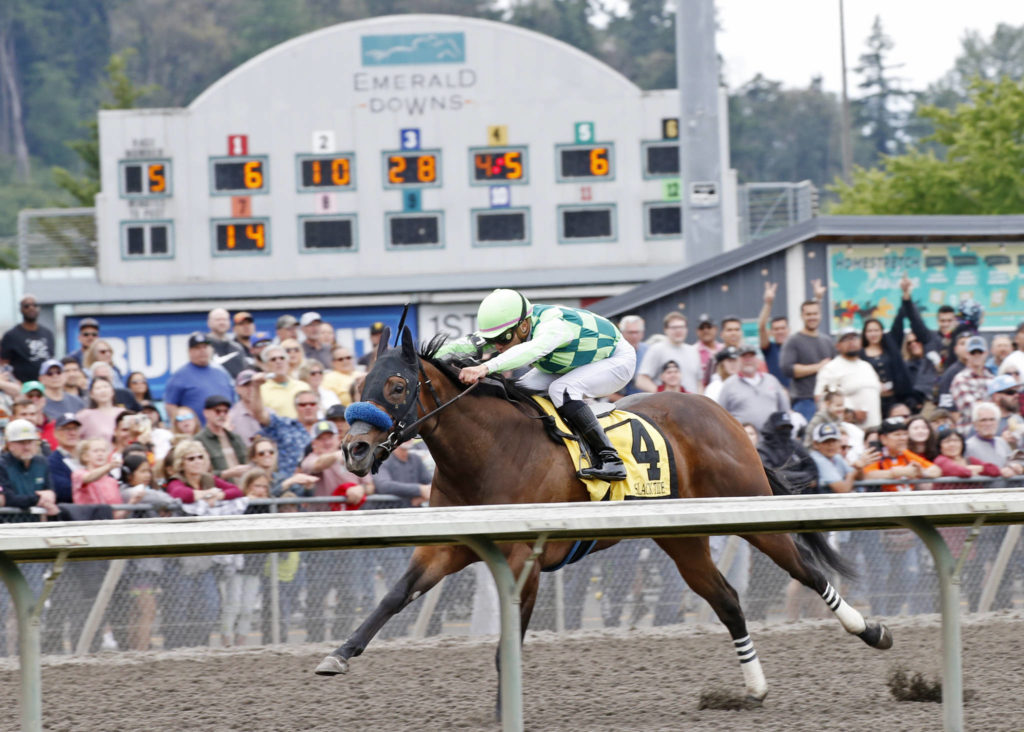