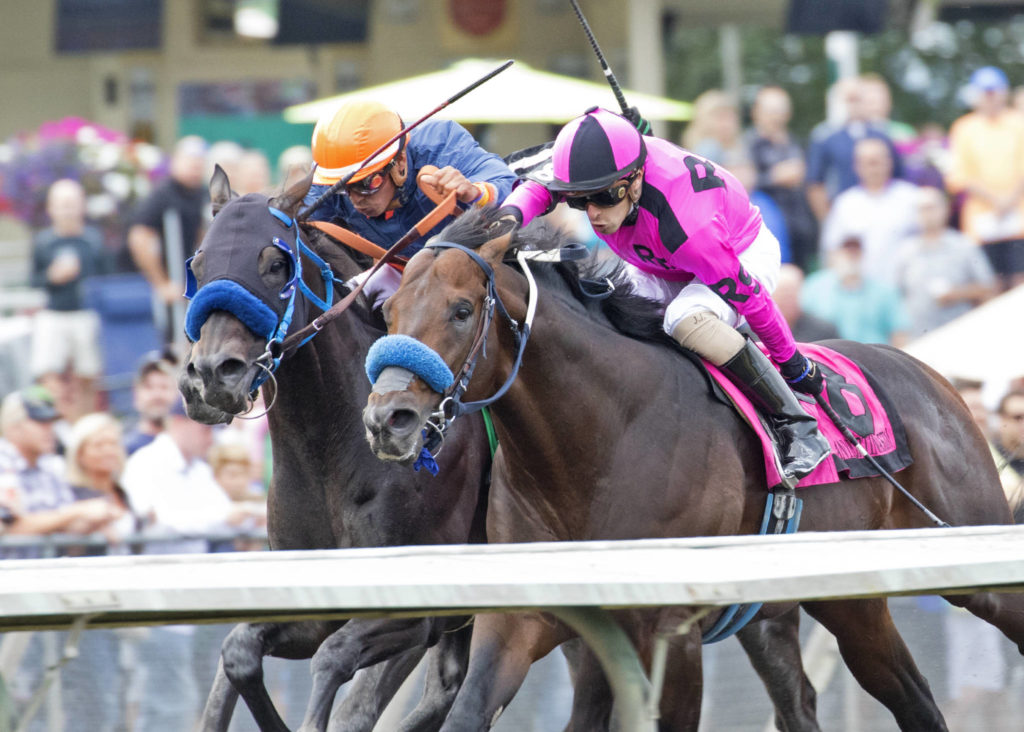 The 85th renewal of the Northwest’s premier Thoroughbred race is Thursday, September 10, with post time 8:30 p.m.

Trainer Blaine Wright and owner Peter Redekop nominated a powerful one-two punch in Anyportinastorm and Anothertwistafate. The former scored easy wins in the Governor’s Stakes and Budweiser Stakes last year before finishing a gallant second to Law Abidin Citizen in the Longacres Mile. A 6-year-old by City Zip, Anyportinastorm captured the Oak Tree Sprint at Pleasanton on July 4 and most recently ran seventh in the Grade 1 Bing Crosby at Del Mar.

A 4-year-old by Scat Daddy, Anothertwistafate was a serious contender on the 2019 Triple Crown trail, placing in graded races at Sunland Park and Keeneland after scoring an authoritative victory in the El Camino Real Derby at Golden Gate. Anothertwistafate has been off since finishing 10th to War of Will in the 2019 Preakness.

Elliott Bay and Papa’s Golden Boy—first and second in the Mt. Rainier Stakes two weeks ago—head the local contingent. Unbeaten in two starts this year for Frank Lucarelli and Chad Christensen and Josh McKee, Elliott Bay is a triple stakes winner at Emerald Downs and finished fifth in the 2019 Mile. For sheer speed, Papa’s Golden Boy might be the fastest horse on the grounds. Trained by Vince Gibson and owned by Gary and Deborah Lusk and Jeff Lusk, Papa’s Golden Boy has two wins and a second this season and routinely runs opening half-miles in sub 44 seconds.

Hall of Fame trainer Neil Drysdale and owners John Lindley and Ray Morton nominated Majestic Eagle, a regally bred son of Medaglia d’Oro whose best race was a victory in the 2019 American Stakes (G3) on turf at Santa Anita.

In addition to Elliott Bay, Lucarelli nominated Sargent Stables’ Killarney Lass, a 4-year-old filly coming off a smashing front-running score in the Boeing Stakes at 6 ½ furlongs.

Background is the lone 3-year-old nominated. Trained by Mike Puhich and owned by Bob Rondeau, the Florida-bred gelding scored in an $85,000 maiden special weight last winter at Oaklawn Park and most recently finished a troubled eighth in the Indiana Derby (G3) at Indiana Downs.

Makah Lane and More Power to Him both won stakes at Emerald Downs in 2019, while La Waun is 5-4-0 in 11 starts against claimers the last two seasons at Emerald Downs. Hollywood Heat scored a 50 to 1 upset in a $20,000 allowance race two weeks ago.

Grinder Sparkasaglo, a 9-year-old with over $260,000 in earnings, is the oldest horse nominated. Trainer Howard Belvoir, a three-time Mile winner at Emerald Downs, nominated The Press, a recent $25,000 claiming winner and a stakes winner around two turns in the Washington Cup. Vann Belvoir, who saddled Gold Rush Dancer to a victory in the 2017 Longacres Mile, nominated Italiano, a 5-year-old Twirling Candy gelding that mainly sprints in Southern California.