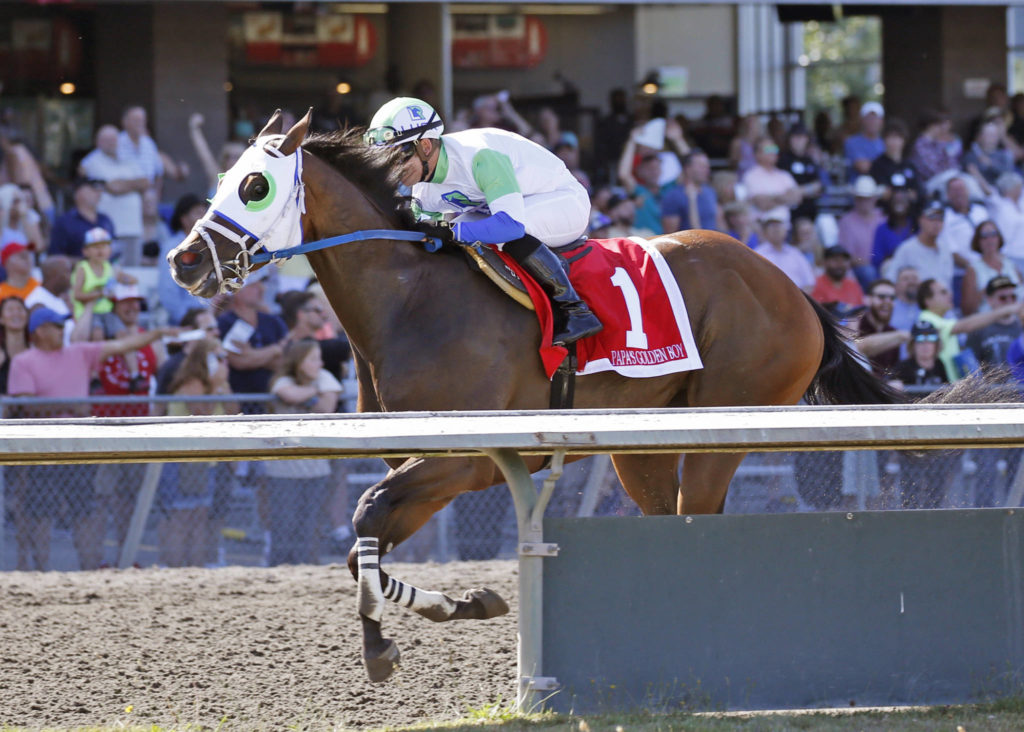 The 86th renewal of the Northwest’s premier event shares billing with the $50,000 Emerald Distaff for older fillies and mares at 1 1/16 miles.

The speedy Papa’s Golden Boy is virtually untested this season at Emerald Downs, scoring daylight victories in all three starts including easy gate to wire scores in the Budweiser Stakes and Governor’s Stakes at 6 and 6 ½ furlongs. The 5-year-old Harbor the Gold gelding must prove he can get the distance, however, after finishing fifth in the 2020 Longacres Mile. In the 2020 Mile, Papa’s Golden Boy set fractions of :22 3/5, :45 1/5 and 1:08 3/5 before fading to fifth as Anothertwistafate prevailed by 4 ½ lengths in 1:34.

Peter Redekop, owner of Anothertwistafate, could make it two straight Miles as his Anyportinastorm is among a strong contingent of Southern California based runners nominated. The 7-year-old Florida-bred was 2019 Emerald Downs Horse of the Meeting, compiling a 2-1-0 record in three stakes starts capped by a gallant head defeat to Law Abidin Citizen in the Mile.

Longacres Mile winning trainer Mike Puhich and renowned former UW football/basketball announcer Bob Rondeau are represented by Background, a 4-year-old Florida-bred with over $150,000 in earnings this year and a 2-1-1 record at a mile.

John Parker, whose Gold Rush Dancer dominated the 2017 Mile, recently acquired Forest Fire, a 6-year-old Pennsylvania-bred with over $370,000 in earnings and a 4 for 7 record in one-mile races.

Five Star General, runner-up to Anothertwistafate in the 2020 Mile, heads a Canadian contingent that includes the stakes-winning Explode and the razor-sharp Sir Bregovic, unbeaten in four sprints this year in Vancouver.

Other locals include: Unmachable, track and state champion 3-year-old of 2020 and runner-up to Papa’s Golden Boy in the Governor’s Stakes; Hard to Deny, an improving 5-year-old with two straight allowance victories at one mile; and Windribbon, whose 1:07.53 in a June 30 allowance win is the fastest six-furlong clocking in North America in three years.

Handicap weights for the Mile will be announced Friday, August 6, with entries drawn Wednesday, August 11 at the Quarter Chute Cafe. If more than 12 horses are entered, the 12 highest weighted horses will be preferred.

The 26th running of the $50,000 Emerald Distaff at 1 1/16 miles is headlined by Daffodil Sweet, a 4-year-old Ministers Wild Cat filly with a 5 for 7 career record including a dominant score in the Washington State Legislators Stakes last month. In her lone try around two turns, Daffodil Sweet finished second to Princess of Cairo in the 2020 Washington Oaks. Conditioned by Sandi Gann, Princess of Cairo also is nominated to the Emerald Distaff. 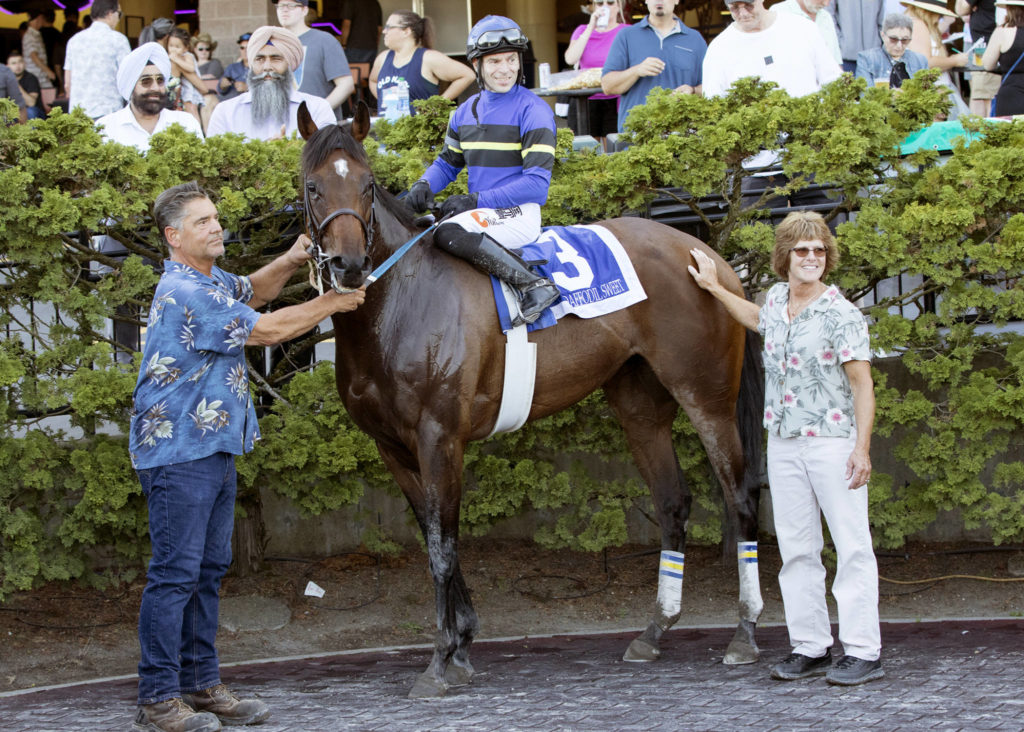